Well, I'm over halfway done. Yes, it is a bit early, but I always do things as soon as I can get them done. I'm one of those "what if something happens?" people. Even for a contest that I don't need to win. Yes, it is also a bit ridiculous : )

The story is coming along pretty much how I expected. A few scenes have been added here and there, but overall, it's what I had in mind. Since I'm a pantser who never outlines anything (until afterward, at least), I never know the specific details anyway. I knew they were going from point A to point B, but I didn't know quite how it was going to happen. I waited until I was on the computer to think of that.

Not much else going on! Hope my fellow NaNo-ers are writing well, whether they're at the 21,000 mark or not. I know it's more of a quantity instead of quality contest, but some people just can't churn out whatever. I myself have doubts over some paragraphs or scenes, but cutting them out would drop my precious word count. Besides, that's what rewrites are for!

So, with nothing left to say, here are some cute kitties: 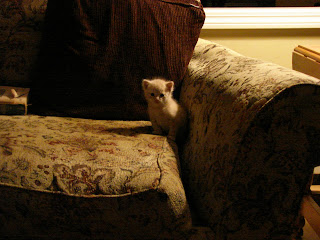 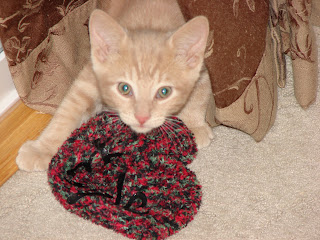 Cute aside: he was running back and forth with that slipper in his mouth for hours. 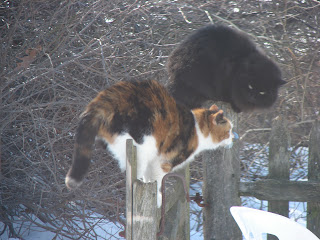 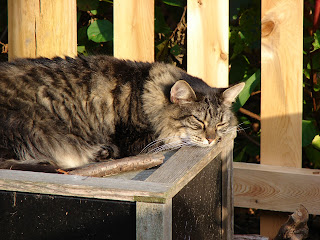