Now, you might be thinking all the words descended from the Proto Indo European wer-, to turn or bend have been sane so far, and that’s not wrong. But that is only the beginning.
First, verge, which at least looks like verse with a G instead of an S. There’s both a noun and a verb version of the word, with the noun meaning edge or rim and the verb to tend or to incline. And those words are not related. To verge showed up in the seventeenth century from the classical Latin vergere, to turn, which is from wer-. The other verge? From the Latin virga, rod or stick, totally not related, though it seems the words have influenced each other over the centuries.
Plus there’s words that are just verge with a prefix. Converge showed up in the late seventeenth century, from the Late Latin convergere, to incline together. That’s literally what it means, too. Con- means together, and with vergere up there, it’s to turn together. Diverge, which has the opposite meaning, showed up in the mid sixteenth century comes from the Latin divergere, to diverge. The prefix here is dis-, apart, so to diverge is to turn apart.
You can see how verse relates to those words, right? Well how about vermin? It showed up in the fourteenth century from the Anglo French/Old French vermin, from the Vulgar Latin verminum, all of which mean vermin or bothersome insects. That can be traced to the classical Latin vermis, worm, and yes, worm is from there. Though interestingly enough, our word worm comes from the Old English wurm/wyrm, from the Proto Germanic wurmiz. That’s from the Proto Indo European word for worm, wrmi-, which is from ver-. So worm comes to us from our Germanic roots rather than Latin.
And there’s more! Vortex showed up in the mid seventeenth century, directly taken from the Latin vortex. That’s from a familiar word, vertere, which we went over the previous weeks, and is of course from wer-. Makes sense! A vortex turns! But what about warp? Yes, warp. As it turns out, warp initially meant to bend, twist, or distort, or as a noun, the threads running through fabric. It was astrophysics in 1947 who started using it as the word for the bending of spacetime, and then Star Trek picked up on that, and now warp is usually used to mean transport rather than distort. Anyway, it comes from the Old English weorpan, to throw or pitch, from the Proto Germanic werpanan, and that’s from wer-. Throwing kind of turns things, so now we have warp.
Sources
Online Etymology Dictionary
Google Translate
Omniglot
University of Texas at Austin Linguistic Research Center
University of Texas at San Antonio’s page on Proto Indo European language
Tony Jebson’s page on the Origins of Old English
Old English-English Dictionary
Dictionary of Medieval Latin
Encyclopaedia Britannica
Fordham University
Orbis Latinus
Posted by J E Oneil at 4:00 AM 3 comments:

Yay, bonus Tuesday! I have a whole week before I have to think about the stuff I didn’t accomplish this month.

If you want people to believe you’re from the company, don’t use emojis or random capital letters. Also make sure they actually have an account at that company. It’s scamming 101.

Is Alyson the one giving me the money or am I supposed to be Alyson?

I have to admit, this is the first time I’ve seen avail used in a spam message. Or any message at all, for that matter.

To think, I didn’t even know UPS gave away awards to random people. Do I get a package that was abandoned or something? 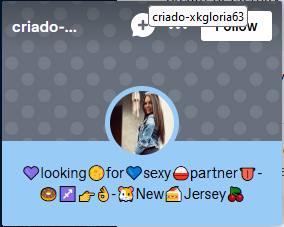 These are the kind of blogs that have been following me on Tumblr recently. Notice the name is a bunch of random letters, but also has “Gloria” in there, as if that makes it normal. The emojis really take the cake, though. The moon? A donut? A hamster??? There is nothing good about this.
Posted by J E Oneil at 4:00 AM 5 comments: 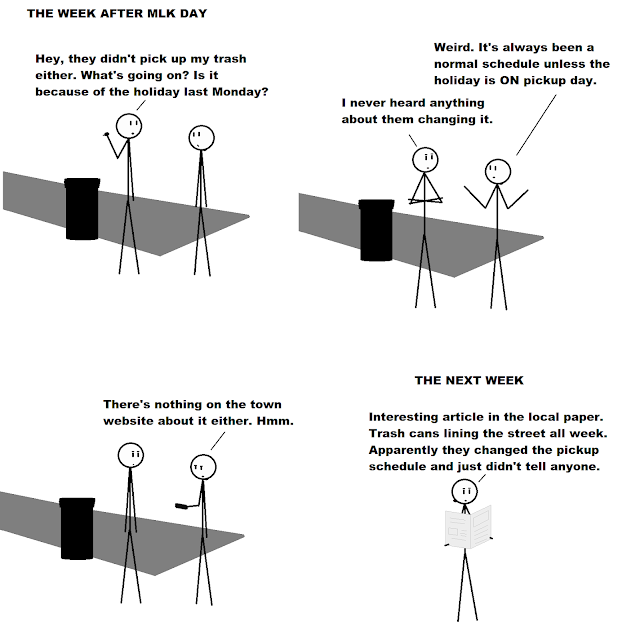 There seriously wasn’t even anything on the town website. If it was decided at a town meeting, no one bothered to tell anyone else about it.
Posted by J E Oneil at 4:00 AM 5 comments:

Back to the words that come from the Proto Indo European wer-, to turn or bend. This week, more -vert/-verse words, some vert- words, and a bonus not vert word. Yay?
First, reverse and revert. Both showed up in the fourteenth century, with reverse coming from the Old French revers and revert (originally meaning to recover from illness) from the Anglo French reverter and Old French revertir. That can be traced to the Vulgar Latin revertire, from the classical Latin revertere, to return, while revers is from the Latin reversus, also from revertere. Vertere, as I’ve mentioned the previous weeks, means to turn, as it is from wer-. With the re- prefix meaning back, it’s to turn back. Fairly sensible.
Subvert of course has a very similar story. It showed up in the late fourteenth century meaning to raze, destroy, or overturn. It’s from the Old French subverir and classical Latin subvertere, to subvert or overturn. Sub- means under, so subverting is turning under something, apparently. And there’s really not much different with perverse and pervert either. Both showed up in the late fourteenth century, from the Old French pervers and pervertir, from the classical Latin verb pervertere, to pervert or corrupt. The per- is from the preposition per and means away here. Perverting something is turning it away.
Now it’s finally time for something different. Vertebra—as in your spine. It showed up in the early fifteenth century (vertebrate not until 1826), and it’s thought to be from vertere as well, with the idea that the spine is the “hinge” of the body. Plus there’s vertigo, which also showed up in the early fifteenth century, literally meaning “I am dizzy” in Latin. The verb is from vertere, because when you’re dizzy, you feel like you’re turning.
Finally today, reverberate showed up in the late sixteenth century, meaning to beat or drive back, then shortly after began to be used in relation to sound or noise. Reverberation showed up earlier, in the late fourteenth century, and originally it meant a flash of light or repercussion of air, not meaning an echo until the mid seventeenth century. It’s from the Old French reverberacion, Medieval Latin reverberationem, and the classical Latin verb reverberare, to reverberate, which is also where just plain reverberate comes from. The re- is the easy part, it just means back. Verberare means to beat or strike, related to verbena, a beating, and that is from wer- as well. So because sound turns back in an echo, we have reverberation.
Sources
Online Etymology Dictionary
Google Translate
Omniglot
University of Texas at Austin Linguistic Research Center
University of Texas at San Antonio’s page on Proto Indo European language
Dictionary of Medieval Latin
Encyclopaedia Britannica
Fordham University
Posted by J E Oneil at 4:00 AM 3 comments:

Spam has been surprisingly skimpy lately. I’m in no danger of running out, but still. Where are you, spammers?

Probably not a good idea to make any sort of business deal (which you know this has to be) with someone who misspells their own first name.

At least this one can spell her first name. Though she does seem to be in the habit of ending it with a period. It’s not Vivian Anderson. It’s Vivian. Anderson. Get it right.

Anyone else creeped out about what “Pragmatic Play” is? Because if I’m being honest, it sounds like a sex thing.

You’d think a sergeant would know you don’t need to capitalize the word Good. 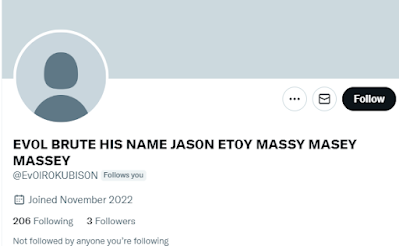 I’m… not even sure what this is supposed to be. What the hell is the Massy Masey Massey thing? Anyone have any ideas? How concerned should I be?
Posted by J E Oneil at 4:00 AM 3 comments:

It lingered in the air for quite a while. 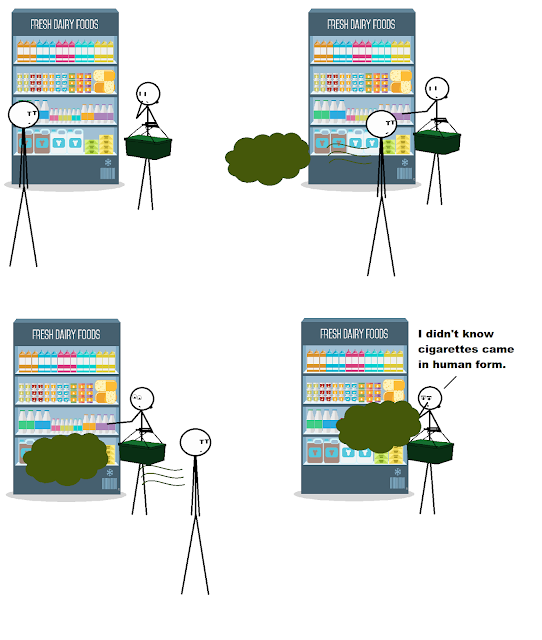 I know a lifetime of smoking has destroyed their ability to smell, but come on!
Posted by J E Oneil at 4:00 AM 4 comments:

We’re back to looking at words related verse, which is from the Proto Indo European wer-, to turn or bend. This week, words with -vert in in them, which I have also done before, and now I’m doing it again along with some -verse words they’re related to.
Avert showed up in the mid fifteenth century, around the same time as averse, actually. Why is it vert instead of verse? Well, first of all, it comes from the Old French avertir (slightly different from averse’s origin), and that’s from the Vulgar Latin advertire. That’s from the classical Latin avertere, to turn away, the origin for averse, with the a- from ab-, off or away from, and the vertere meaning to turn.
Those words at least kind of seem related—avert is turning away, and averse is a more metaphorical turning away from something you’re against. But what about converse and convert? Convert showed up in the fourteenth century, specifically related to religious conversion. It’s from the Old French convertir, from the Vulgar Latin convertire, and classical Latin convertere, which is just to convert. And yes, converse can be traced back to that too, it’s just a longer journey. The con- prefix means with or together, and with vertere, converting is turning together. Uh, I guess. And that’s also a conversation?
Divert also seems weird when compared to diverse. It showed up in the early fifteenth century, from the Old French divertir and classical Latin divertere, just divert. Diverse is actually older, having shown up in the late fourteenth century—and in actuality, it’s older than that, as it used to be spelled divers in the late thirteenth century. It’s from the classical Latin diversus, different, which is also from divertere, with the prefix from dis-, meaning aside, so diverting is turning aside. Apparently the diverse means being turned all different ways—having a lot of differences.
Invert is relatively recent, having shown up in the sixteenth century, with inverse only being slightly older, from the mid fifteenth century. Invert is from the Old French invertir and classical Latin invertere, invert, while inverse is from inversus, upside down, the past participle of invertere. The in- here is from en and just means in, so to invert is to turn in, which I guess makes sense for inverting something.
Finally today, two -vert words that are obviously paired. Introvert showed up in the mid seventeenth century while extrovert was used off and on but not firmly in the lexicon until 1916 (and at first was spelled with an A instead of an O). Intro- means inward or inside, while the extro- is from extra- and means outside. Introverts turn inside, extroverts turn outside. And psychologists used the words to describe people, so that’s why we have them.
Sources
Online Etymology Dictionary
Google Translate
Omniglot
University of Texas at Austin Linguistic Research Center
University of Texas at San Antonio’s page on Proto Indo European language
Encyclopaedia Britannica
Posted by J E Oneil at 4:00 AM 5 comments: