Look, sometimes it’s hard to come up with a post idea.

I’m wondering what kind of product he wants me to supply him with. Is it meth? Like some Breaking Bad thing? Because I could get in on that. 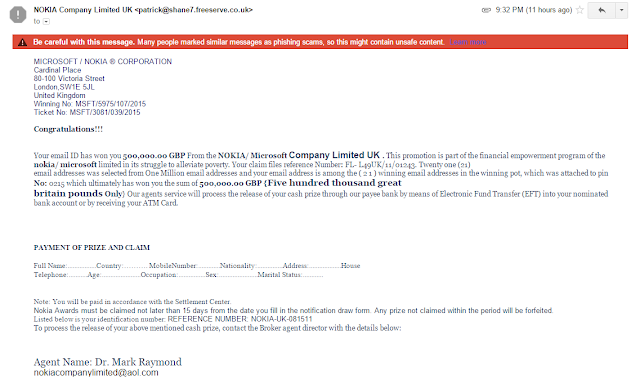 I actually googled Nokia and Microsoft to see if they were affiliated and it turns out, they are! Microsoft actually bought Nokia. And nearly every link had words like “disaster” and “loss” and “failure” in them, so it goes to show how well that went. Basically, they should not be giving away money in lotteries. 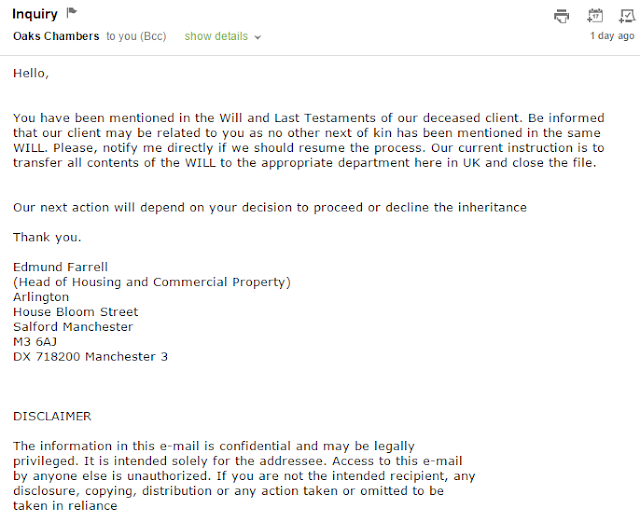 I’m not sure which joke to make here. How about that the name at the top is “Oaks Chambers”, the most not-name I’ve heard made out of real words (and also different from the name at the bottom; real officious). Or I could make fun of the disclaimer that comes with it, which says “any disclosure, copying, distribution or any action taken or omitted to be taken in reliance”. So many options!