Now, I have a laptop where in order to use the volume controls and a bunch of other stuff, you hit the FN (function) key and the F1-12 keys. You can also turn on a FN lock so you can just hit the buttons and automatically do it without having to hit the FN key, which I do because I never use them for anything else. 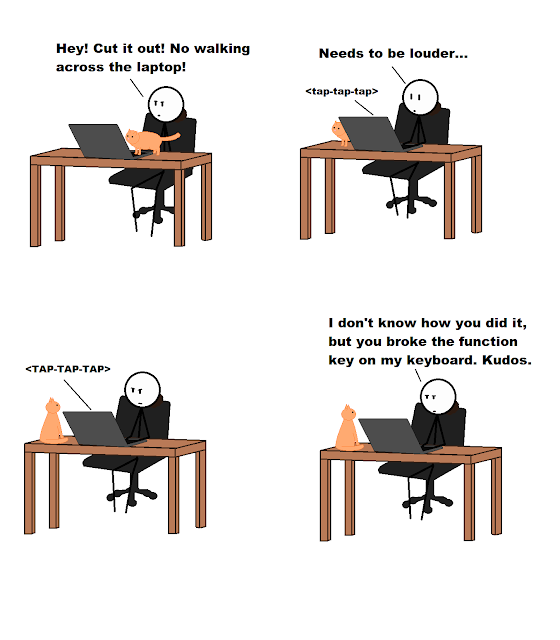 Seriously, it would not work at all. I don’t know how the FN lock was turned off or why it wouldn’t turn back on again. And this wasn’t a simple fix. I had to go into the BIOS and manually change something! I don’t even know how she could break it that badly!
Posted by J E Oneil at 4:00 AM