One answer Liz gave me last week, which she heard from someone else, is that the reason for the spam comment was because someone was trying to rig SEO to kick up their website in search results. So in addition to being liars, they really want to spread their misinformation. Jerkoffs.

What’s just to say hello? The kissing emojis? Because that’s not really a hello.

I know. The hello.

That many free spins would make me nauseous. 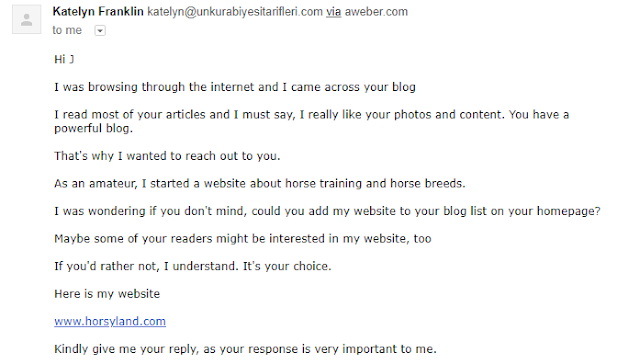 Look, another spam comment, although this one’s much nicer than the last one. Not sure I’d trust anyplace called “horsyland” though (because yes, we all want your amateur opinion). I wish I thought to check where the link actually goes to. Probably somewhere similar to her email address.

A cancer widow! I mean, it doesn’t say specifically if she’s a widow, but they always are.

And the sext is fire, apparently. Frankly, it’s better than what’s usually sent in those.