I’ve only mentioned this a couple of times, so you might not be aware of it, but my brother is in the Navy, and he’s stationed in Japan. When he’s not on a ship, he lives in Tokyo pretty much full time. He came home recently, but only for about ten days, and he stayed with my mom of course. After he went back to Japan though, my mom told me that he left a few things behind. 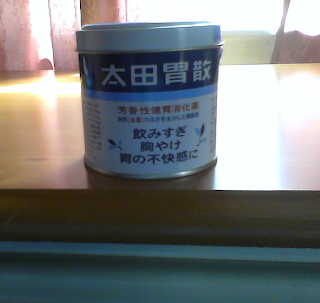 She had trouble figuring out what it was since it’s in freaking Japanese. But if you look at the top of the tin… 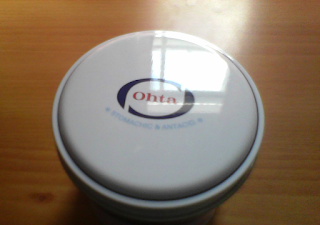 You find the only English on the thing. The picture isn’t very good, but it says “Stomachic & Antacid”. Stomachic?

Yeah, apparently it is a word, meaning relating to or beneficial for the stomach, and it can be used as a noun in relation to a medicine. God only knows how the Japanese manufacturers found that word. I’m guessing someone used their equivalent of Google Translate.


All the ingredients on it are in Japanese (kanji script, I think), but it smells like cinnamon, which makes sense since cinnamon is supposed to be good for digestion. My brother’s on a ship right now but I’d really like to ask him if it works. Maybe not, since he did leave it behind…
Posted by J E Oneil at 4:00 AM