It’s last in the sense that it’s the last spam posts I put up on my Tumblr, but hopefully not the last ever. I’d like to find some way to continue it. Mostly because I have just so much more left on my hard drive and I’d feel really stupid for collecting it if I didn’t at least post it. 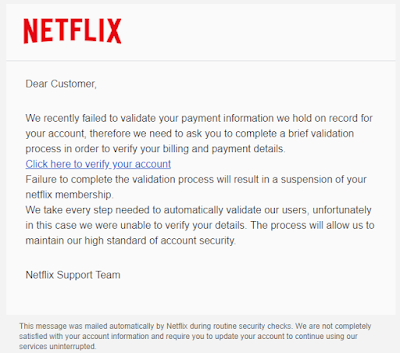 Spot the Red Flags!
1. They call me “customer”, when these places always call you by the name on your account.
2. “…your payment information we hold on record” sounds off, like they didn’t quite get the translation right.
3. They forgot to capitalize the name of their company. Even if it was only once, that is suspicious as hell.
4. The most obvious: my Netflix account is not connected to that email address.

If I’m fed up with fake dating, somehow I don’t think your website is going to help me.

The secret to managing your blood sugar: putting spaces between every letter in every sentence.

Honestly, I have the opposite problem. If I tried this stuff I’d go full yeti. 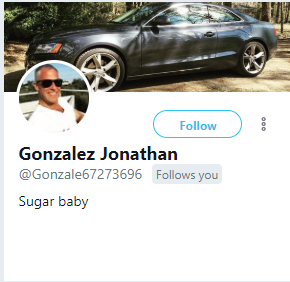 Look at this totally super real new follower I got on Twitter! Not a single thing weird about it, from the series of weird numbers after the name, to the fact that his name is “Gonzalez Jonathan” instead of “Jonathan Gonzalez”, to the fact that he has “sugar baby” as the only words in his profile.

It wouldn’t be spam if there wasn’t at least one cancer widow. Granted, she doesn’t actually say that she has cancer or that she’s a widow, but the spirit is there.