As I’ve mentioned before, my brother lives in Japan, which is thirteen hours ahead of us. So while I’m at my mom’s watching a movie with her one evening, it’s already the next morning for him and he’s awake and at work doing…I don’t know. Ship stuff. Whatever they do in the Navy. The point is, he had way too much free time this particular day. 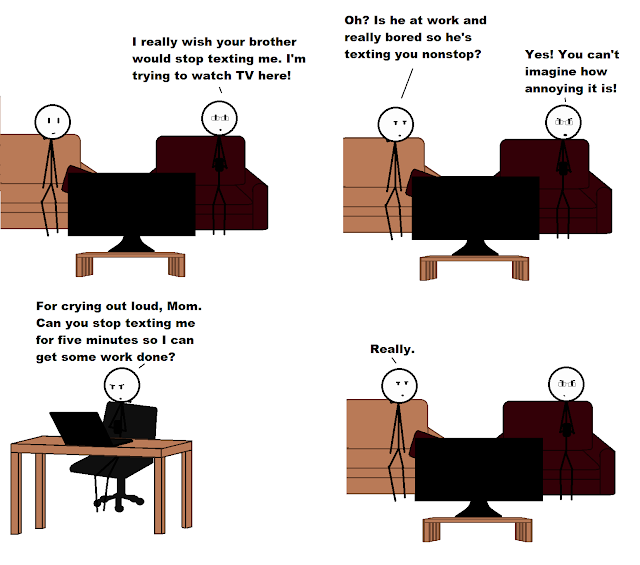 He spent the entire time making stuff up just to drive her nuts. He’s like another version of her, except one that she’s forced to put up with.