Last week, my cousin posted that he and his girlfriend found a cat outside their apartment. As it was a small apartment and they had two cats already, he was asking if anyone could take her. Obviously I had to say yes. Now bask in the cuteness. 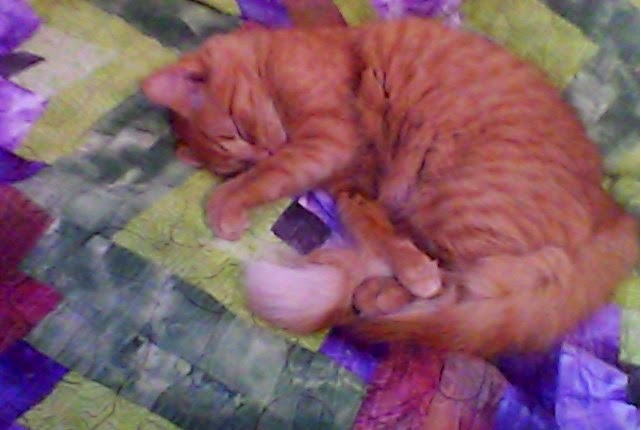 My cousin named her Peaches, and that sounded good to me (although Pumpkin may be more appropriate given the month…well, I like peaches more than pumpkins). She’s already taken over my bed, and pretty much the rest of the house. I really don’t think the picture does justice to how fluffy that tail is. Her fur is mostly short-medium in length, until you get to the tail, which is as wide as the rest of the cat. She also has the most beautiful golden orange eyes. 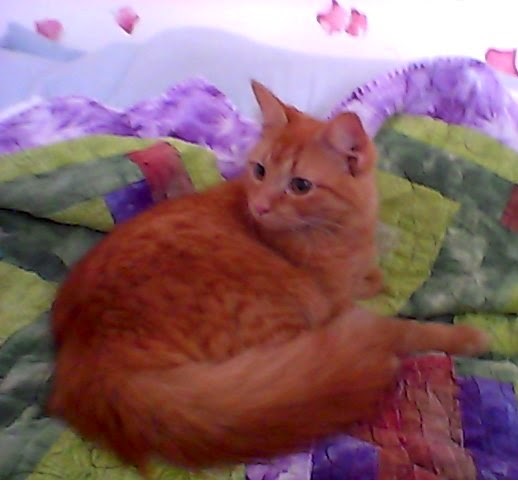 Okay, I’ll shut up now, before I start rambling, which I most definitely will do if it’s about cats.
Posted by J E Oneil at 4:00 AM