A Visit from the Spamfiles

Because sometimes I have trouble coming up with ideas for posts. 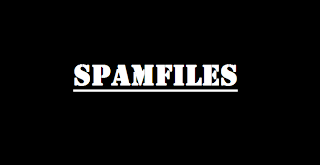 Anyway, the SpamFiles isn’t taking Tumblr by storm, but I’m still enjoying it so I guess it’s all good. I’ve posted over a hundred times there already, because spam is nothing if not everlasting. Also repetitive. And insane.

Take a look at these gems:

I love this one for its rambling inanity, which you will see better if you click on the image. It clearly went through an online translator. Probably more than once.

The best part is “It had already been confirmed to be efficient when the triglycerides, to the blood and convert it to electricity.” As I said on the SpamFiles, holy crap, the Matrix was right!

Okay, I’m not sure what it’s saying exactly (talk about adverb overload), but I think it’s an insult...

No trip to the SpamFiles would be complete without the obligatory “Let me give you money!” letter. I assume that whatever language this was (badly) translated from capitalizes nouns because there are a lot of extra capital letters in there. I like how “she” is trusting me not to just keep the money for myself, like “Mwa-ha-ha, after she dies, all the money will be mine and all I have to do is send her ten thousand dollars first. It’s a foolproof plan.”