Yeah, another spam post. What can I say, it’s the end of the year and I’m running out of steam. Also spam. I used to get scads of spam every day and now it’s usually only once a week. I appreciate the effort of spam blocking but man, it makes it difficult to come up with amusing posts.

Nothing really special about this, just the usual cancer widow needs help with her millions of dollars. But at the end it says “PLZ REPLLY TO MY PRIVATE EMAILBOX BACK” and frankly that’s just hilarious, like she suddenly morphed into a fourteen year old texting on their phone.

About time someone gave me two million dollars for no reason. 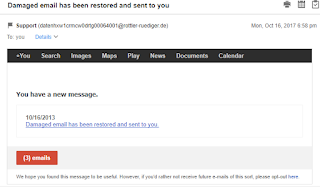 It’s only been four years. I’m sure the email is still relevant.

When your neighbor emails you, it’s always as “your neighbor”. Otherwise how would you know who it was? Also I love that ASAP is in quotes, and that they put periods after every letter except the P. Maybe it stands for something besides as soon as possible.

Now I’m going to be up all night wondering what A.S.A.P stands for. As soon as P? As serious as P? Artistic Soul Always P?
Posted by J E Oneil at 4:00 AM